Warning: Use of undefined constant php - assumed 'php' (this will throw an Error in a future version of PHP) in /home/storage/d/d2/36/abianovo/public_html/site/hshjovem/wp-content/themes/ultrabootstrap/header.php on line 108

If South America is the new Covid-19 “epicentre”, as the World Health Organization (WHO) labelled it on May 22, Brazil is its key battlefield.

The country had recorded over half of the region’s 2.5 million confirmed cases and more than two thirds of its 95,000 deaths as of July 7.

Daily fatalities are averaging around a thousand a day and some studies suggest a lack of testing means the actual number of Covid-19 cases could be as many as seven times higher.

Its divisive president, Jair Bolsonaro, is not immune. Having played down the virus’ risk as “a little flu”, Bolsonaro tested positive for coronavirus on July 7 after flouting social distancing recommendations from public health bodies.

The worst could also be yet to come for Brazil with both the winter flu and Amazon fire seasons now underway as the curve continues to rise.

But public health experts say lessons can already be learnt from the country’s response which squandered a serious advantage it held over similar profile countries across the globe: its own equivalent of Britain’s National Health Service (NHS).

“Brazil should be better positioned to deal with large health threats than many other low and middle-income countries,” says Richard Parker, Director and President of the Brazilian Interdisciplinary AIDS Association (ABIA). “It was always going to be a serious spread, but it didn’t have to be this way”.

As the first large country with high indices of poverty and socioeconomic marginalisation to receive the coronavirus it was always going to hit Brazil hard, say global health experts.

“The epidemiological profile of Brazil is extremely challenging”, says João Nunes at the University of Kent’s Interdisciplinary Global Development Centre.

“We’re talking about a huge country with a great territorial, socioeconomic and ethnic diversity… just the huge diversity and sheer magnitude of the territory alone mean that it’s difficult for the health system to respond to all of the needs of the population”.

The megacity of Sao Paulo, where football stadiums have been converted into emergency hospitals to treat the flood of Covid-19 patients has become a hotspot. It has reported 333,000 cases of Covid-19 and 16,475 deaths  – one in every 2,752 residents – as of July 8. The city’s hospitals almost collapsed under the strain of admissions in May.

The hardest hit region, however, is the jungle state of Amazonas where mass graves were swiftly dug as hospitals were overwhelmed by Covid-19 patients. One in 1,371 have been killed by the virus in the largely indigneous-populated region, compared with 1 per 3,139 residents for all of Brazil. As in the country’s urban slums a lack of running water and toilets makes stemming the outbreak more challenging.

The virus has generally hit the country’s poorest hardest, highlighting the structural factors which have fuelled its surge in South America – principally the challenge of keeping the poor at home when they have little economic safety net and must work to put food on the table. Compounding that inequality is a population of over 200 million, the largest in the region, and one of the world’s most diverse.

But while structural factors beset Brazil’s public health response, it should have been more robust, say experts.

Unlike the US and most of Africa, Brazil has a free universal health care system. Inspired by Britain’s NHS, the ambitious Sistema Único de Saúde (SUS) was founded in 1988 out of Brazil’s new constitution as it left behind a history of military dictatorship.

“We know with different examples from across the globe that if you’ve got a strong unified healthcare system where you have free care at the point of access it directly contributes to being able to manage outbreaks well,” says Dr Clare Wenham, Assistant Professor of Global Health Policy at LSE.

The SUS has been stress-tested in the past and fared well, Zenham says. It beat the Zika epidemic in 2018 and HIV in the 1990s and 2000s – for which it was internationally lauded.

Though underfunded and understaffed, SUS’s comprehensively designed model should respond well to epidemics. It is decentralised to allow greater control at municipal level. While uniform, coordinated policies can be rolled out across all state levels.

The issue is, “the administration clearly doesn’t understand how it works,” Wenham says.

Military general, Eduardo Pazuello, who has no medical experience, has since taken Mandetta’s place as interim minister and appointed other military officials into senior ministry of health roles.

Pazuello has “decided not to implement actions and act as coordinator”, says Gabriela Lotta, professor and researcher of Public Administration and Government at Rio de Janeiro’s Getulio Vargas Foundation. “They are leaving municipalities and state governors to fight the crisis alone.”

A prominent failing that has come to characterise Brazil’s disjointed coronavirus response was not effectively using the 286,000 community health workers (CHWs) who live in the communities in which they work, Lotta says.

Their daily connection with and trust in the local community means “they [could] be really useful during the pandemic”.

“They could make daily connections with those infected or suspected cases; they could use contact tracing; they could provide information that citizens understand; they could convince people to stay at home and so on,” Prof Lotta explains. “However, because of the lack of a national coordinated response, CHWs are being sub-utilized or are working under risk”.

Instructions for CHWs have differed from state to state, Lotta says. Some were told to stay at home, others to maintain home visits or work in clinics. Ten per cent received training to work during the pandemic and 80 per cent of them did not receive PPE.

The same failure can be seen across Brazil’s management of the crisis from testing to PPE to distributing resources, training and lockdowns, say health experts.

While countries successful in handling the crisis in the region, such as Cuba and Uruguay, have employed a well-coordinated response at all levels of the state Bolsonaro has engaged in a public battle with his governors who want to shut down cities while he attempts to restart the economy.

He has also made social distancing the country’s political dividing line at the heart of a power struggle.

“It’s an ongoing war between the federal government and state government over how this should be dealt with, and the health system is the victim in the firing line”, says Richard Parker, ABIA Director.

Parker believes Bolsonaro is undermining local governors as they could be candidates running against him in 2022 presidential elections.

The president has also clashed with health experts and the media.

As Covid-19 cases surged in May and the WHO warned that Latin America could be devastated by the virus, Bolsonaro held political rallies where he held babies for photo opportunities.

He later questioned the honesty of doctors and the seriousness of the crisis, urging citizens to visit emergency wards and video them to dispel the myth that they were filling with patients.

On July 7 Bolsonaro published a video of himself taking a hydroxychloroquine pill, an antimalarial that the WHO says is unproven in treating Covid-19 and could cause adverse side effects.

“I’m already feeling better, so it must be working,” he told his Facebook audience.

Bolsonaro’s message to the public, just like his actions, has sowed confusion amongst the general population and is breaking down social cohesion, researchers say. Both make treating patients and social distancing more difficult.

“It was one message from Bolsonaro and another from the health minister”, says Paulo Lotufo, Professor of Medicine at the University of Sao Paulo. “This contradiction was terrible for most people deciding what was the right thing to do: ‘Should I stay at home, or go to school, go to work?’. It’s very confusing.” 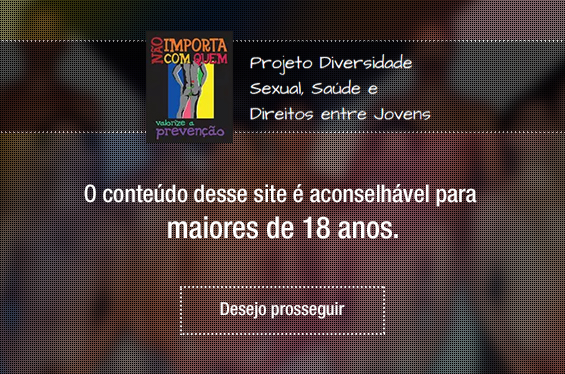